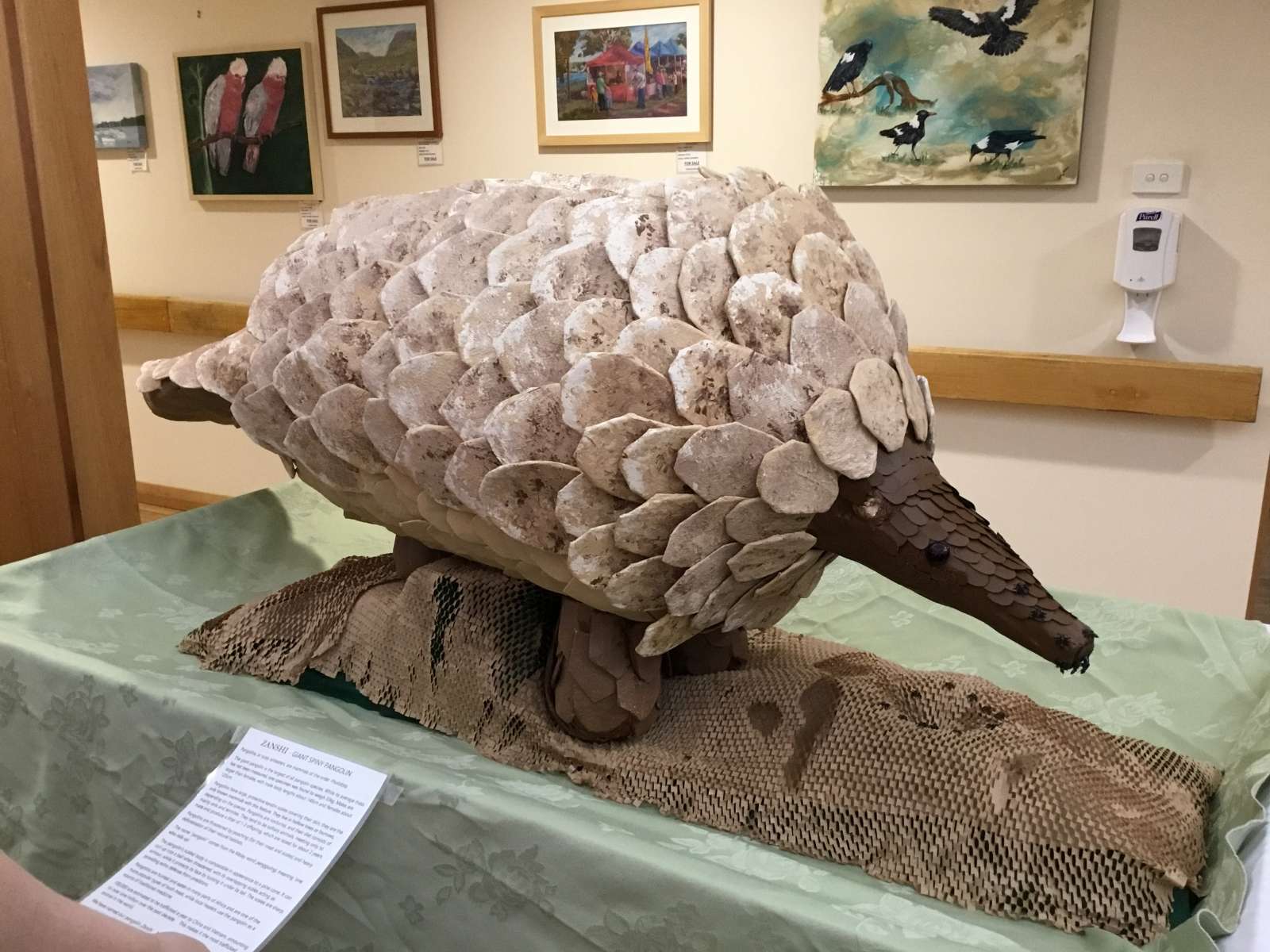 ‘Zanshi’ wins the competition for Maroba!

On 3 July 2019, the craft group led by staff member Rhonda Godkin, won an award for their ‘Zanshi’ in the ‘Create a Creature’ competition. The idea of the competition was to create a zoo for local aged care facility, Woodlands and attracted over 20 entries in this NSW Regional competition.

Our group of approximately 15-20 ladies took their time to think of a suitable animal they could make, and decided on the Giant Spiky Pangolin, or ‘scaly anteater’, an endangered species of Africa. As the animal is endangered, the Pangolin was named ‘Zanshi’ which means warrior.

The dedicated group worked tirelessly on a weekly basis for 4 months, with some residents even re-scheduling their gym session to ensure they didn’t miss a class. The group learn’t new skills, and gained confidence in their abilities as they shaped ‘Zanshi’ with wire and applied paper mache to give it body. And the group certainly had practice with paper mache, as 10 layers were necessary to ensure the animal had the required shape. The scales tested dexterity, as the ladies collectively cut 576 of them, with 6-8 layers of paper mache on each scale.

Zanshi is at Woodlands until 22 August, and will then go on display at Wallsend Plaza before returning to Maroba to live.

You can also send us an email enquiry