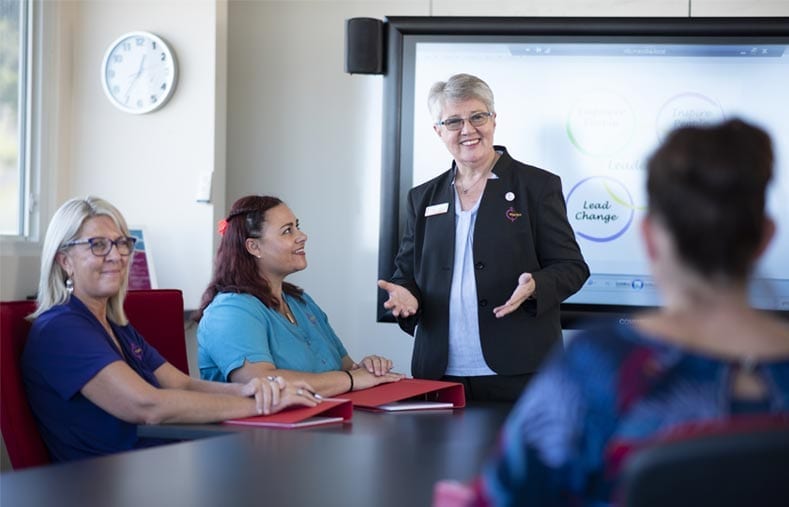 Her title may be Accountant, but her role includes so much more than just working with numbers!

You will find her helping out with human resources, payroll, administration… and the list goes on.

What many don’t know is that Silvana has passion for running. In 2012 alone, she completed 8 runs, ranging from 5km to 14km.

The best part of Silvana’s running is that along the way, she is a part of a great deal of fundraising for local charities. This is a woman who gives of herself to benefit others, which is a perfect fit for her role at Maroba.

It’s all about the variety for Silvana.

Silvana loves the variety of her role and is yet to have the same day twice.  The interaction with both residents and their families is the most rewarding part.

In her spare time, other than running, she is a keen traveller and always enjoys a good book. Jane Eyre is a favourite, as are biographies.  Not to mention spending time with her soon-to-be-husband, family and friends.

2012 was a big year for Silvana.  Her long time boyfriend proposed marriage at Nobby’s Lighthouse in December and they have set a wedding date in August. Maroba wish them both every happiness and we’ll be sure to post some photos on our website!

You can also send us an email enquiry